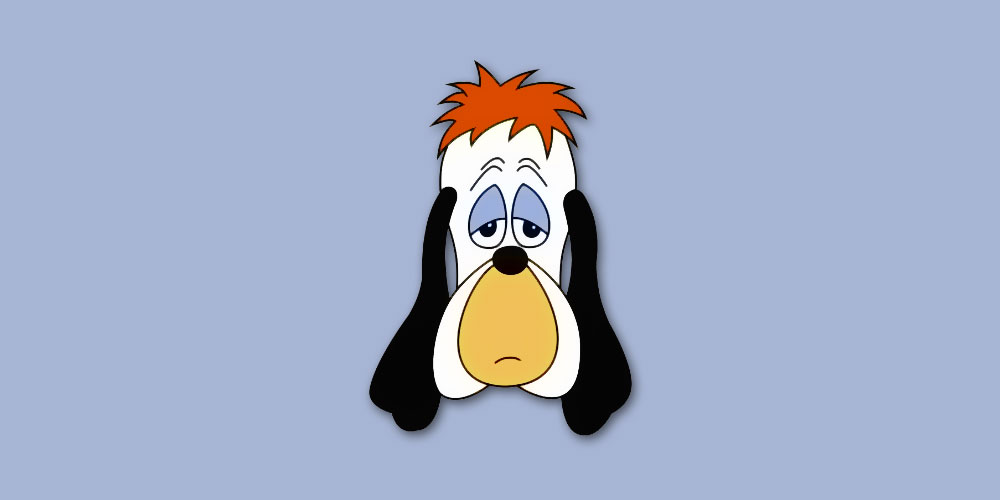 Many know Droopy as the cartoon dog with the droopy face who talked very slowly and always looked like he needed a long nap. Droopy was a classic character in my eyes but he never quite reached his potential in terms of popularity among the masses. Droopy on the surface appeared slow-witted and easy to manipulate but he was anything but. When you got him upset he would proclaim to you that he was indeed mad and then proceed to whip his enemies from top to bottom. He even managed to channel superhero speed when needed to outmaneuver his opponents in the blink of an eye.

He was a unique character and his monotone voice and lethargic movements really made him memorable. I think we all feel like Droopy the Dog on those long Monday workdays. Droopy is a deadpan, stoic basset hound and a cartoon fan favorite. Let’s take a closer look at Droopy.

Let’s take a look at some facts, questions, and most searched queries about Droopy The Dog.

First Appearance:
1943 in the cartoon Dumb-Hounded

Most Years As Voice:
Jeff Bergman

Facts About Droopy The Dog

Throughout his cartoon career Droopy had two main enemies:

The Wolf created by Tex Avery was Droopy’s main antagonist in the early days of the cartoon. He was always trying to pull one over on Droopy by being in disguise. His attempts were always thwarted of course by the hero Droopy.

Later, Butch The Bulldog made an appearance as a new opponent for Droopy. Butch is a classic jock-like bully who always attempted to use brute force to intimidate Droopy.

Here are the most searched items relating to Droopy and some of our favorite items on Amazon.