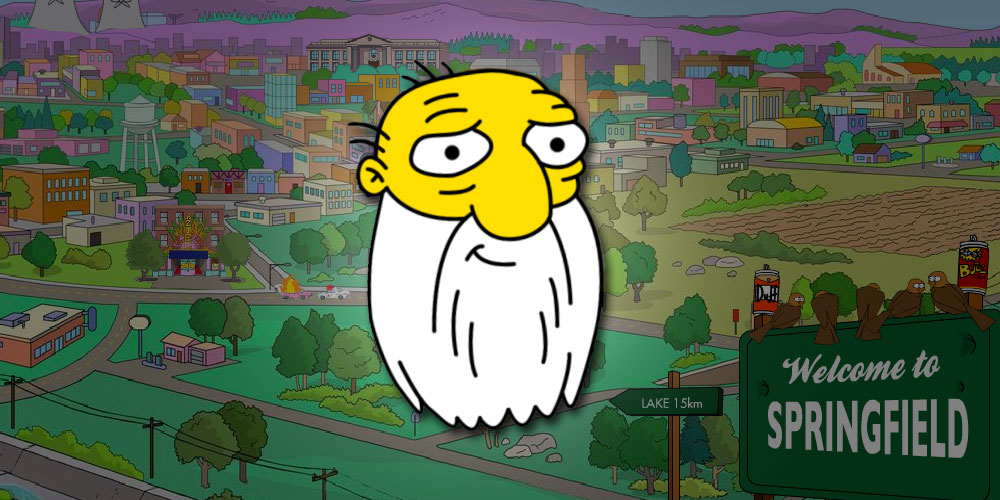 Jasper’s character is a retired WW II veteran who lives in the same retirement home as Abe Simpson. He is one of Abe’s closest friends on the Simpsons and they are often seen hanging out together in most scenes. That being said the two do have scenes where they are at each other’s necks and Jasper can be an antagonist to Abe. Abe likes to point out his many health but mainly his cataracts that he claims render him virtually blind. Jasper can be a funny character and usually whenever he appears he has a couple of punch lines to end a scene.

Jasper visits the Kwik-E-Mart in an attempt to freeze himself so he can see the future one day. He empties the freezer and walks in where he does indeed become frozen. Apu ever the opportunist uses frozen Jasper Beardly as an advertising tool calling him “Frostillicus” and turns frozen Jasper into a tourist attraction. Jasper eventually unthaws rather quickly only to believe he is now in the future. He quickly finds a “Moon Pie” frozen treat and delivers a classic one-liner; “Moon Pie, what a time to be alive!”.

When Springfield Elementary goes on strike local residents are called in to help teach the students. Jasper Beardly gets assigned to Lisa Simpson’s class and begins to law down the law. While holding on to a big wooden paddle he starts explaining all the things that are going to get you “A Paddling”.

If you are looking to dress like Jasper Beardly he has a very easy look to replicate. His signature style is a long-sleeve green shirt with blue pants. Other accessories include a grey vest and a cane.

Here are the pieces you need to dress like Jasper Beardly: