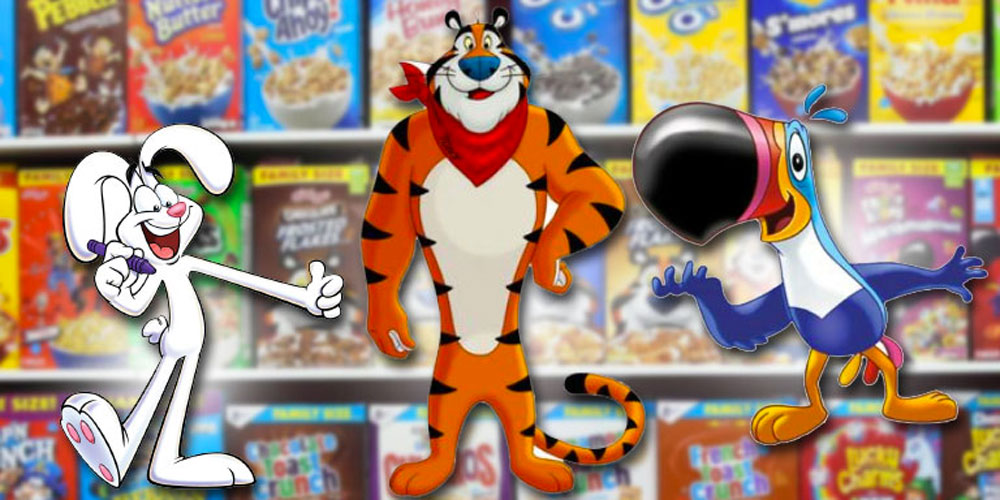 Some of the most creative, famous characters ever created are not found in an animated series or comic book but on the front of your favorite breakfast cereal box. It makes perfect sense seeing as most breakfast cereals target children as their main target audience. It is amazing that even as we get older these cereal mascots still stand the test of time and bring back instant nostalgia for many of us whenever we see these creative characters come across our vision.

If I say “They’re grrreat” chances are most people are going to instantly connect the phrase to the one and only Tony The Tiger. The brilliance of these cereal characters is how they stay with us no matter what age we are. Let’s celebrate these cereal mascots by putting together the ultimate list of every character to grace the front of a cereal box.

Sunny Jim was created in 1902 and is the first known character created to promote a cereal brand. Sunny Jim was the cartoon that graced the cover of Force Wheat Flakes, which was also the first successful wheat flake cereal. Sunny Jim was such a successful advertising campaign that he was said to be as well known as President Roosevelt at the time.

Count Alfred Chocula comes from a very clever advertising campaign by General Mills. In the 1970’s they introduced a line of Monster Cereals that had various cartoon mascot versions of real classic monster characters. One of the first two monsters introduced was Count Chocula and he is still gracing the cover of their cereals today. The cereal itself contains chocolate-covered corn cereal bits and marshmallows.

Franken Berry was introduced with Count Chocula in 1971 and became an instant cereal mascot classic. He and Count Chocula would bicker over whose cereal was indeed the best and to this day both have stood the test of time and are still being produced.

Bigg Mixx is one of the most interesting and possibly one of the weirdest cereal mascots ever created. He has the head of a rooster, the antlers of a moose, the snout of a pig, and the fur of a wolf. The whole idea behind the weird creature was that the cereal was a mixed bag of all Kellogg’s current cereals at that time. The cereal contained classic cornflakes, rolled oats, and rice cereal and came in a plain version and a raisin version. Needless to say, the Bigg Mixx mascot and cereal were not a success and were discontinued after two years.

Next on the list is the great Toucan Sam, a legend in cereal mascot land. Toucan Sam is a colorful toucan bird that perfectly matches the rainbow-colored cereal by Kellogg’s. I was never a big fan of the actual cereal as a kid but you can’t deny what a perfect mascot Toucan is for the cereal brand. He will be on almost everyone’s list of Top 10 Cereal Mascots. Toucan Sam has been in TV ads since 1963 and they have even added other characters most notably his nephews that sometimes join him in commercials.

Linus is probably best known for his role in an animated cartoon series that aired from 1964 to 1966 but that show was born from his popularity selling Crispy Critters cereal. He was created in 1963 to sell Crispy Critters and became an instant hit in commercials that aired during the time.

On to maybe the most iconic cereal mascot of all time, Buzz The Bee. I’ll be honest I didn’t even know he had a name but when I think of Cheerios the honey bee is the first thing that comes to mind. He made his first appearance on the Cheerios box in 1979 and any boxes without him are called “pre-bee” and very rare. I think he is one mascot creation that will stand the test of time and never “bee” out of favor for the brand.

Klondike Pete is before my time but he was a character that was created to promote Crunchy Nuggets cereal by Nabisco. He came with his trusty sidekick, a mule named Thorndike. The cereal was discontinued in 1975 in the US but Klondike Pete re-appeared in 1999 in the UK back where the cereal brand was originally created.

In 1966 Kellogg’s went off the board with their cereal mascot creation when they went with a happy-go-lucky Sun and not a character based on an animal or person. Needless to say, it was a smart move as Sunny is now a synonymous symbol of Raisin Bran cereal along with their famous slogan song.

Another legend is Tony the Tiger. If I had to guess I’d put good money on Tony being the most well-known cereal mascot of all time. He has been the mascot for Frosted Flakes since his debut and his tiger character has not changed all that much nor has his famous slogan – They’re Grrreat. You know you created a cartoon icon when over 65 years have passed and you don’t have to change a damn thing about the character. Jack Tolzien, an art director, was the man behind the legendary cereal mascot creation.

Quisp is one of the quirkiest cereal mascots ever created. He was a pink alien with a propeller head that was actually created by the same guys that brought the world Rocky and Bullwinkle. Quisp had a good run during the sixties and early seventies but was discontinued in the late seventies. It has since become famous for being the first internet cereal when in 2001 Quaker made the product available online.

This cereal mascot has one of the most memorable taglines in cereal advertising history. Try saying “They’re magically delicious” without mimicking Lucky the Leprechaun and his cadence. Lucky has graced Lucky Charms cereal boxes since 1964 and was voiced by voice actor Arthur Anderson until 1992. Since his passing 5 other voices have been used for Lucky. Lucky is right up there with Buzz The Bee and Tony The Tiger as the greatest cereal mascots of all time.

Cookie Jarvis was the very first mascot for Cookie Crisp back in 1977. Jarvis was a wizard character and could wave his magic wand turning ordinary cookies into a bowl of cookie crisp. He had a catchy slogan he would sing which went, “No you can’t have cookies for breakfast, but you can have Cookie Crisp.

Captain Ric was a mascot used mainly in the United Kingdom by Kellogg’s to sell Ricicles cereal. Basically, the Rice Krispies of the United Kingdom for all you American folks. The commercials all had a space theme to them and sadly for all fans of this cereal, it was discontinued in 2017.

Cap’N Crunch is on the Mount Rushmore of cereal mascots and has been a mainstay for over 50 years and counting. He is depicted as an old revolutionary naval captain and early on he was wielding a long sword. He certainly seems to have “Napolean” as an inspiration for his outfit. His actual full name according to the company is Horatio Q. Crunch.

This mascot is an obscure one and it’s impressive if you remember H.T. the Robot mascot on boxes of Hidden Treasures. The whole angle of the cereal was that some of the corn squares contained fruit surprises which H.T. was eager to find. Poor H.T. didn’t last too long as the cereal was a flop and only lasted 2 years before it was discontinued by General Mills.

Put an iconic character on the cover of a cereal box, give it a catchy name and you have a match made in heaven. Fruity Pebbles and The Flintstone characters are rockstars in the breakfast world and have been going strong for over 50 years. Although many Flintstone Characters have graced the cover of Fruity Pebbles, Fred is the original mascot and really made the cereal a hit among children in the 70s and 80s.

Waffelo Bill is the cowboy mascot of Waffelo’s cereal which was popular in the 80s. I never tasted it myself but sweetened cereal with maple syrup sounds delicious albeit horrible for your health I’m sure. Waffelo Bill himself was a well-drawn character with a big bushy mustache and a large cowboy hat. He even came with his own sidekick horse who played guitar.

Dig ‘Em Frog was brought in to represent the rebranded Honey Smacks formerly Sugar Smacks. He was meant to appeal to a younger, hip generation and was a hit mascot for many years. He was so popular in fact that when he was discontinued in 1986 college students staged a demonstration to bring back Dig ‘Em. It worked and he was back as the proud mascot for Honey Smacks in 1987.

Believe it or not, Hollywood’s most famous alien, E.T., was once a cereal brand mascot. The cereals came in little letters E and T and were peanut butter and chocolate covered. Surprisingly, it didn’t last too long on shelves although it was said to be a pretty tasty cereal. It likely debuted too late after the movie’s success which was two years earlier.

Sonny The Cuckoo Bird has one of the most memorable slogan’s Cereal Mascot history. His famous “I’m Cuckoo For Cocoa Puffs” line from all the commercials is an unforgettable line and brilliant marketing. Sonny was an instant hit when he was introduced and has graced the box of Cocoa Puffs ever since. Cocoa Puffs themselves have been around since 1956 and are made from corn and rice.

Loveable Truly is truly one of the weirdest mascot names I’ve ever heard but he graced the cover of Alpha Bits back in the 60’s. He replaced a much grittier-looking postman and they wanted a more friendly, approachable character that was, you guessed it, loveable. He only lasted one year as their mascot and Alpha bits has had a bit of a revolving door of mascots gracing the cover of their cereal box.

Going way back into the land of forgotten cereals, we find a mascot named Cracko from the Corn Crackos cereal. First introduced in 1967 by Post it was billed as the cereal to wake up the whole family because of its crispy crunch and crackling noise. The name is certainly curious and one has to assume they knew what they were doing with having “Crack” in the name. I got to admit though the bird (is it a bird?) mascot is hilarious and the Corn Crackos Commercial is worth a watch.

Sugar Bear is another mascot at the top of the most famous list and I think he has one of the simplest and best slogans, You Can’t Get Enough Of That Sugar Crisp. It’s the way he says it that makes it stick in your head for hours. He was first introduced in 1965 for an animated kid’s show as a co-star for Linus The Lionhearted. He was the one that resonated with kid’s the most however and has become the cereal mascot for Sugar Crisp ever since his debut. 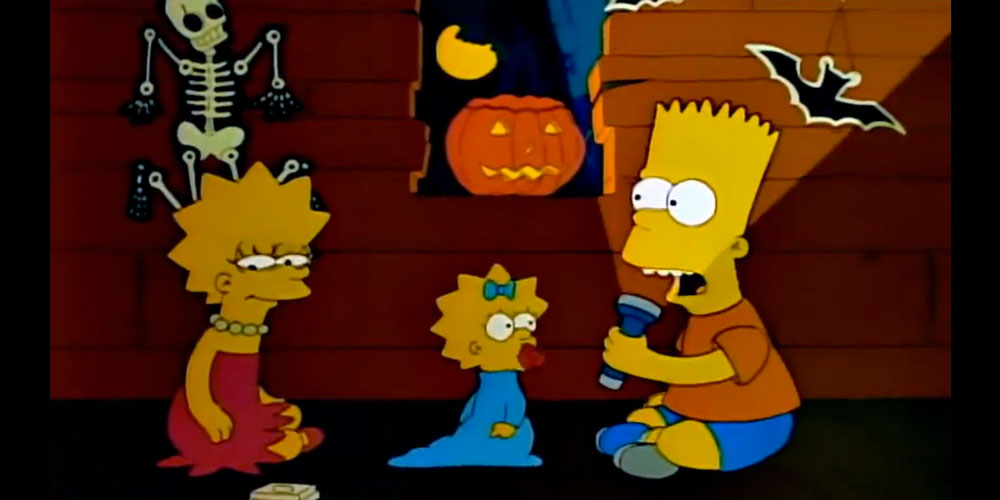 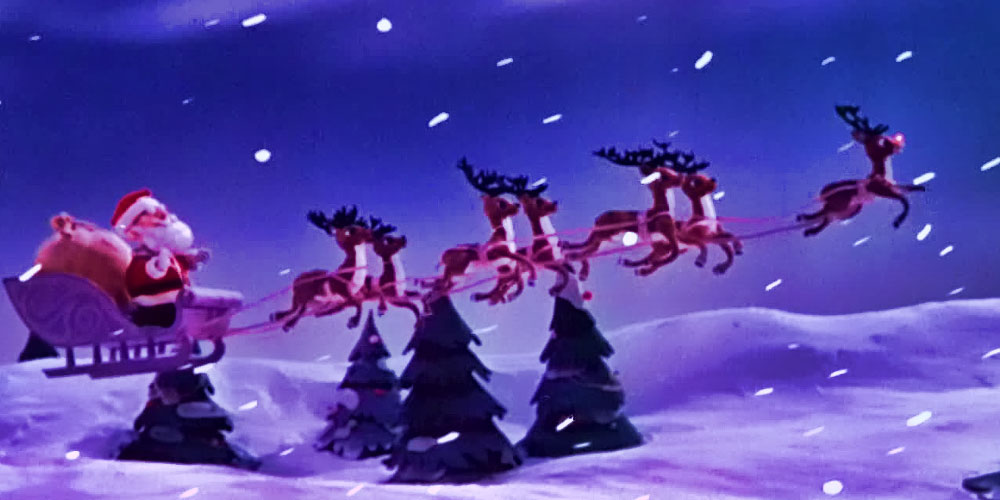