Nothing says Christmas is around the corner quite like seeing the classic 1964 movie Rudolph the Red-Nosed Reindeer on TV. I don’t care how many times you have seen it, you just can’t help but to watch at least a few minutes of the TV movie. You don’t see stop motion animation anymore which was what Rankin/Bass used to make this film.

Rudolph is of course the star of the show but there are so many memorable characters that appeared in the movie that it’s a treat to go down memory lane and list them all for you. The movie follows the plot of the song of the same name, I think everyone with a pulse has heard that song at least once, twice or a thousand times. The movie is now over 50 years old but has become a part of US and Canadian tradition to be played during the holiday season. You can always count on Rudolph and all his friends to continue to grace our screens for many more years to come.

Below is our list of every character to appear in Rudolph the Red Nosed Reindeer.

Characters In Rudolph The Red-Nosed Reindeer

(In Order of Appearance)

Sam is the first character we meet in the 1964 TV special and is our story teller for the entire movie. He sets the scene and tells the journey of Rudolph. Burl Ives who voices Sam is the singer of “Rudolph the Red Nosed Reindeer” and another Christmas classic, “A Holly Jolly Christmas”. His voice is unmistakable.

The Christmas seals are only seen briefly right at the beginning of the tale as Sam takes us through the village. They seem to be having a blast playing with some gifts and laughing away.

Mrs. Claus is a bit untraditional in what you would expect her to look like in a Christmas movie. She has black hair worn in a tight bun and makes sure Santa well fed. Like she say’s, “Who ever heard of a skinny Santa” as she is concerned Santa Claus is not eating enough at the beginning of the movie.

Poor Santa Claus is under a lot of stress in the 1964 movie as Christmas is fast approaching and there is a terrible storm coming. On top of that he has missing reindeer and his wife is complaining he is too skinny. Not easy being Santa Claus but in the end we know who saves the day.

Figurines Based on the Movie

Donner is the lead reindeer that helps fly Santa’s sleigh and is the father of Rudolph. He’s a fast speaker and was quite shocked at Rudolph’s glowing red nose. His great worry was that Rudolph’s nose was going to cost him a spot on Santa’s sleigh team. He was pretty rough on Rudolph but taught him how to survive in North Pole.

Voiced by the same woman that did Mrs. Claus voice, Mrs. Donner is very soft spoken and accepts Rudolph for how he is, glowing nose and all. Later in the movie she sets out to find her lost son despite her husband’s wishes not too.

The star of the show and lovable famous character. Rudolph had it rough being born with a bright shiny red nose that whistled. He was made fun of by all the other reindeers and extremely self conscious. Luckily, we know how this story plays out and ultimately he becomes the hero character that saves Christmas for all the boys and girls.

The elves work in Santa’s toy shop and spend their day making what else, toys. They are rather cheerful and take great delight in their craft. Their are both male and female elves.

Hermey is one of Santa’s elves but looks distinguishably different than the others. He has long blonde hair and and big eyes. Hermey is depressed because he doesn’t really want to make toys much to the other elves disbelief. His dream job is to be a dentist of all things.

Role: In Charge Of The Elves
Voice Actor: Carl Banas

The Elf Foreman is a loud in your face boss and has no time for Hermey’s dream of becoming a dentist. He ridicules Hermey in front of the other elves and threatens to fire him if he doesn’t get the toys made.

Fireball is the first reindeer that Rudolph meets in the fawn meet and greet session. He instantly befriends Rudolph and tells him that they can be buddies. He encourages Rudolph to meet a doe he has a crush on, Clarice.

Clarice is a young doe who finds Rudolph the Red Nosed Reindeer cute as she says. They walk home together after meeting where she first discovers Rudolph’s bright shiny nose. Clarice does not have a problem with Rudolph’s nose and likes him for him.

Comet is the reindeer coach to all the young fawns hoping to be a part of Santa’s sleigh team. He also is one of the flying reindeers from the song that guides Santa’s sleigh. Comet is impressed with Rudolph’s jumping ability at first until he discovers his red nose.

The bunnies and racoon characters appear from the forest when Rudolph and Clarice walk home. They are attracted to the song Clarice sings to Rudolph, “There’s Always Tomorrow”. They join in and sing the chorus of the song.

Clarice’s father is an unnamed Buck who only has a brief role in the movie. He arrives as Clarice and Rudolph are walking together in the forest. He scolds Clarice and sends her home immediately because he doesn’t want her to be seen with the Red Nosed Reindeer.

Some of the cutest characters in the 1964 movie come in the form of simple background forest animals. The owls give a “Hoot, Hoot” as Hermey and Rudolph sing a song in the snow.

We meet Yukon halfway through the movie as Hermey and Rudolph get lost wandering through the North Pole. He is a burley explorer with a big bushy red beard. He is the self proclaimed greatest prospector in the world in search of gold and silver.

Just some more cute background animals. They seem to be enjoying themselves playing with a gold nugget on their small little see-saw contraption.

Bumble is the long talked about evil Abominable Snowman who is talked about throughout the movie. Everyone is scared of him and he is a menacing figure. The character itself is likely one of the most recognizable characters besides Rudolph and Yukon. Turns out in the end he is not so evil and just had a bad toothache.

King Moonracer is the mythical flying lion island who rules the Island of Misfit Toys. The island is a place where all the outcast toys go to live out their existence. They have been banished there because they are toys no boy or girl want to play with.

Charlie In A Box

Charlie guards Misfit Island and is the first toy the lost wanderers run into. Charlie is on the island because, well, his name is Charlie. As he puts it, “No kid wants to play with a Charlie-in-a-Box”.

Just a collection of random misfit toys that roam the Island. They welcome Rudolph and the gang to the island with a song.

Here some of the issues of the misfit toys that make them outcasts:

A couple of baby polar bears that Rudolph befriends for a short time. Eventually, the polar bear’s father calls them away and Rudolph is alone again.

This tall, nerdy looking serves no other purpose other then being a background elf. However, he is much taller and has a pair of nerdy looking glasses that make him standout. He was worth pointing out as another character in the movie. 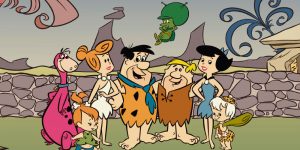 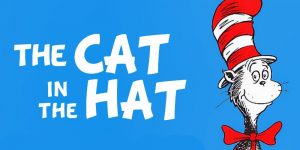 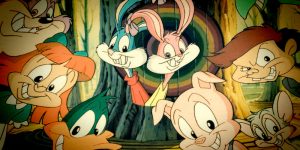 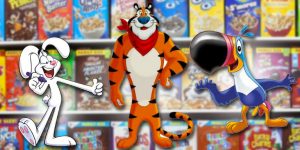