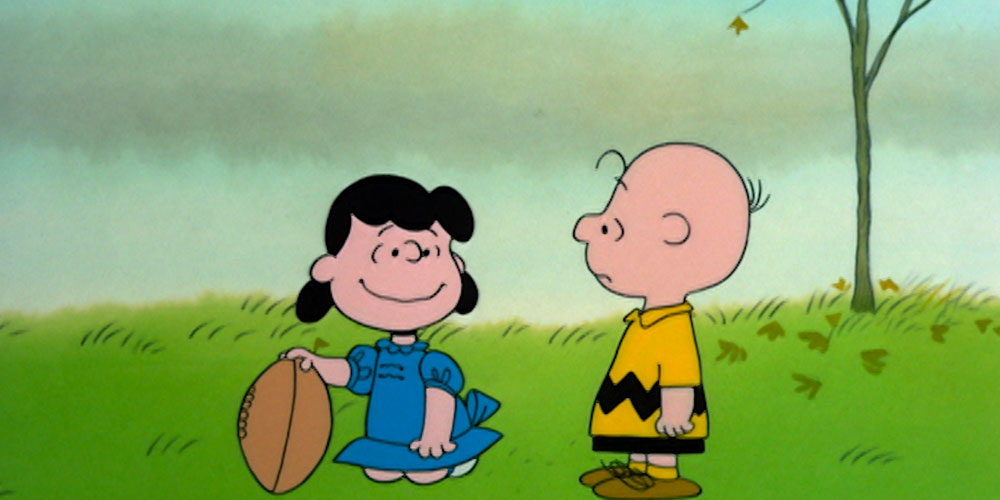 Charlie Brown is one of the most famous comic strip characters ever created. The mastermind behind him and the Peanuts comic strip is Charles M. Schultz. Charles once described Charlie as a caricature of the everyday person. He is a lovable loser that everyone can relate to on some level.

The Charlie Brown Christmas special is the most famous episode of the series. It has become a staple television program every year around December and is forever embedded in pop culture. It debuted in 1965 and is still shown every year around the world to this day. The animated show had an original budget of $96,000 and aired on CBS. The Characters in A Charlie Brown Christmas gave us one of the best scenes in animated history with the dance scene and the song to go with it.

You can watch A Charlie Brown Christmas on Amazon Prime, Apple TV, or even Youtube.

A year after the Christmas special Charles M. Schartwz gave us another classic special with his 1966 Halloween gem, “It’s The Great Pumpkin”. This one is not as consistently played as the Christmas special but when it is on we all hope that Linus will one day finally gets to meet the Great Pumpkin. This episode also gave us the classic ghost costume that is still popular today. In fact, all the Peanuts Costumes worn in this special can still be mimicked and worn today for cost-effective costumes.

This episode is not as well-known as the first two but it is a classic as well. The peanuts gang performs the broadway musical in animation form. The plot is a day in the life of Charlie Brown and there are some great musical numbers to be heard.

You can’t go wrong with dressing up as Charlie Brown for Halloween or any other cosplay event. It is an instantly recognizable look and very easy to pull off on the cheap. Essentially all you need is the iconic zig-zag shirt and a pair of black shorts. Here are some options to dress like Charlie Brown.

A selection of our favorite Charlie Brown gifts and souvenirs for any occasion.

For more gift ideas see our Peanuts Gifts For Everyone post.

Here is a selection of Charlie Brown PNG images: